Sandra attended this Sunday in SÃ£o Paulo, Brazil, the Netflix panel for her upcoming movie Bird Box, alongside her co-star Trevante Rhodes and producer Dylan Clark. Before the panel, she attended a live interview to the news portal Omelete, which fans who wasn’t able to attend the panel or get the right to met her at the signing boot, could get a glimpse of her.

Before the panel there was a Bird Box screening, and instant reviews were positive so far. People who read the book (the novel by Josh Malerman, in which the movie is based on) were impressed with the screen fidelity.

One of the highlights of the panel was Sandra telling her kids might be sad for not coming to Brazil, and asking fans to sing “Happy Birthday” to Louis and Laila. You can watch this bit below: 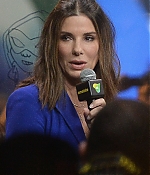 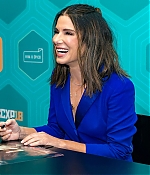 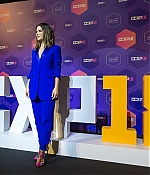 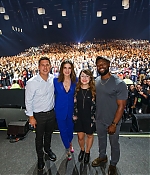