END_OF_DOCUMENT_TOKEN_TO_BE_REPLACED

Minions Press Day in London: Videos Round Up

END_OF_DOCUMENT_TOKEN_TO_BE_REPLACED

Earlier today Sandra attended in Los Angeles the Minions premiere, looking amazing in a Roksanda dress and Rupert Sanderson minion-style shoes. You will find over 200 HQ pictures added in our gallery. 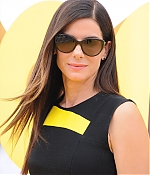 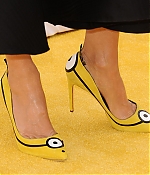 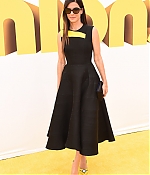 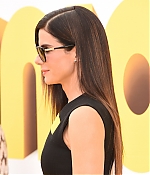 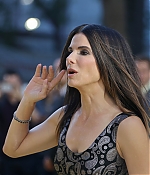 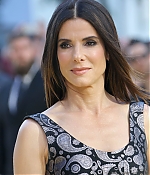 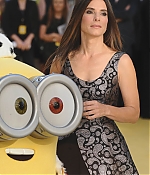 Bow down the queen! In her first red carpet appearance in over a year, Sandy was looking amazing yesterday at the London premiere of Minions, in a black and paisley print dress by Stella McCartney paired with skinny, strappy sandals.

Check in our gallery over 300 HQ pictures from the premiere.

Sometimes studios fall ass backwards into good fortune, and that was the case for Universal with “Despicable Me.” Not only was the original movie a smash hit that started a franchise, with a sequel in 2013, and another planned for 2017, but those little yellow creatures were also a huge audience favorite. Now, “Minions” are getting their own chance to shine in a standalone movie and a brand new trailer is here.

While Sandra Bullock, Jon Hamm, Michael Keaton, Allison Janney, Steve Coogan, and Geoffrey Rush lend their voices to the movie, the yellow guys who can make sounds, but barely form words, are the real stars of the show. And they do have a goofy charm that is pretty undeniable, and there are some pretty great gags through this spot which opens with a trip through history, before settling down with the plot that involves stealing a crown or something. Anyway, you’re not here for the plot but for the jokes, and there are plenty.

According to Average Socialite, Minions Premiere in Los Angeles will be held at Regency Village Theatre on June 27. The UK Premiere will be at Leicester Sq. in London on June 11, according to CelebIntelUK.

Deadline is reporting that Sandra Bullock will be lending her voice to Universal Pictures and Illumination Entertainment’s Despicable Me spin-off Minions. She’s set to play the stylish Scarlet Overkill who — you guessed it — is “bent on world domination.” One can see more minions this summer in Despicable Me 2, but you’ll have wait some time for a film based on the little creatures as Minions doesn’t hit until December 19, 2014. Check out a synopsis of the film below.

This spinoff establishes that Minions have existed since the beginning of time, in service of history’s most ambitiously evil villains. Through their lovable ineptitude, Minions have managed to thwart and ultimately destroy all of those bad guys. This story picks up in the 1960s, before they hench-ed for Gru. With no more super-villains to serve, the Minions fall into a collective depression and three of them set out to seek a new evil master. They wind up at a villain convention, where they compete for the right to be henchmen for Scarlet Overkill, whose Audrey Hepburn-like high style appearance belies her world domination ambition and her aspirations to become the world’s first female super-villain.