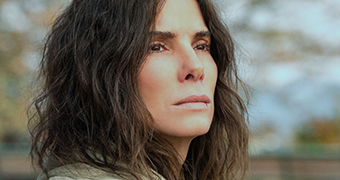 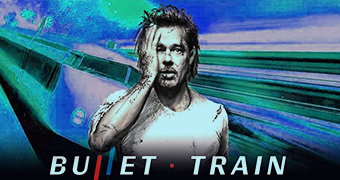 As you may had noticed, I don’t post gossip news here. I don’t like it, and I think a celebrity has the right of their own private life. And this week has been the hell for Sandy, due some news involving Jesse James.

Today he did a statement to People Magazine, as you can read below:

The vast majority of the allegations reported are untrue and unfounded. Beyond that, I will not dignify these private matters with any further public comment. There is only one person to blame for this whole situation, and that is me. It’s because of my poor judgment that I deserve everything bad that is coming my way.
This has caused my wife and kids pain and embarrassment beyond comprehension and I am extremely saddened to have brought this on them. I am truly very sorry for the grief I have caused them. I hope one day they can find it in their hearts to forgive me.

This will be the only post about this. I don’t know if Sandy has left his home, as reported. I only know her trip to Europe, for “The Blind Side” London premiere, was cancelled.

Let’s hope she get well.

Today is Sandy’s 45th birthday! And we wish her happiness, success, peace and love.

Why Sandra Bullock Is One Lucky Lady

Sandra Bullock recently raved to Harper’s Bazaar that her husband loves to dote on her. “I’ve had to learn a hard lesson in that I’m not allowed to open car doors anymore,” Bullock, 44, said. “[Husband] Jesse [James] was like, ‘Just let me do this.'”

And they say chivalry is dead!

PEOPLE.com recently sat down with James, whose new show Jesse James Is a Dead Man premieres on Spike May 31, and got his take on being a gentleman. And James didn’t stop there. The tattooed tough-guy also revealed his very own (dirty little) beauty secret. Wonder what his wife thinks about this! Watch here!

Bullock has seat belts for dogs

SANDRA BULLOCK has designed special seat-belts so her two pet dogs can ride safely in her car.
Friends claim the the actress is terrified her pooches, Ruby and Poppy, will be hurt in a collision, after her car was struck by a drunk driver last April (09).
And that incident, coupled with a plane disaster which cost her her pets a decade ago, has made her strap her dogs up.
A source tells Star magazine, “More than 10 years ago, all her dogs died when they rode cargo on an airplane. She was devastated and vowed never to let anything bad happen to her pets again.
“A lot of people think she’s overdoing it, but she doesn’t care. At least she knows her dogs are safe.”

Actress Sandra Bullock met with Legends owner Gentleman Gene Rotondo for an hour earlier in the week at his Belmont Shore restaurant, and they resolved their differences growing out of Bullock allegedly skipping out on throwing the first pitch at the Dirtbags’ recent home opener against USC.”All evidence points to the fact Sandra knew nothing about it, and I’m sorry about the whole episode,” says Rotondo, who was led to believe by a personal assistant that no longer works for him that Bullock had been lined up for the event. “Sandra was very classy about the whole thing, and I have tremendous respect for her.”

Rotondo also spoke briefly on the phone to Bullock’s husband, Jesse James, about the incident.

“It’s all ended benignly,” says Gentleman Gene, gently putting an end to what had become a stirring local drama.

Michelle Pfeiffer, Diane Keaton, Mandy Moore and Sandra Bullock are gearing up to star together – in court.

The four women banded together recently, filing a lawsuit in Los Angeles Superior Court against CompUSA, TigerDirect, Systemax and Global Computer Supplies, claiming the companies use their images to sell electronic products.

According to the January 20 lawsuit, obtained by Access Hollywood, the women claim their identities, which they note are “recognized instantly by the public and have substantial commercial value,” were used without their permission to sell goods for the companies.

In paperwork that accompanied the filing, the women included several ads from the companies for computer screens and HDTVs, featuring the stars on the front of the products. The women are featured in what appears to be clips from some of their movies including Moore and Keaton in “Because I Said So.”

The stars claim they “exercise careful consideration” before allowing their images to be used for commercial value, and are seeking damages over the use of their images.

The women, who list dozens of the films they’ve starred in as part of their evidence, are asking the companies to cough up accounting records related to the sale of products their images were used to sell.

The women are asking a judge to award them monies resulting from the profits of goods sold that their images were used to advertise.They are also asking for punitive damages, special damages, attorney fees and an injunction to stop the companies from using their images in the future.

So far, the defendants have not responded in court to the filing.