Since Luciana had to sadly step down, I’m excited to announce that I’m the new owner at Adoring Sandra Bullock! I’ve been a long time fan & visitor for years. For my first update, the gallery has been updated with HQ images from the Golden Globes back in January — Sandy looked beautiful in yellow! 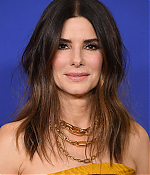 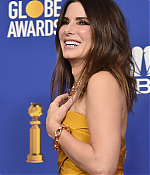 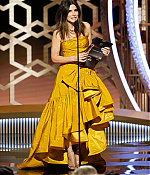 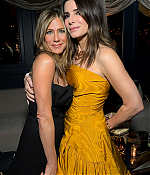 Sandra is currently in Germany, attending the European premiere of Bird Box in Berlin. Check the first batch of pictures added in our gallery: 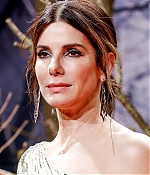 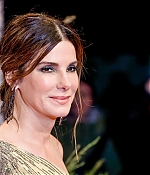 So, a week ago (November 12, to be more precise) Sandra was in Beverly Hills promoting Bird Box. She attended a press conference at the Four Seasons Hotel and later that night attended the AFI Gala at the TCL Chinese Theatre.

Pictures has finally been added to our gallery: 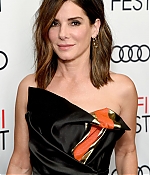 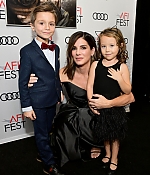 Deadline – While Sandra Bullock would eventually fall in love with Bird Box—a Netflix horror-thriller based on a novel by Josh Malerman and directed by Susanne Bier—the Oscar winner had quite a different reaction to the material in her first interaction with it some years ago.

Directed by Bier from Eric Heisserer’s script, Bird Box follows Malorie (Bullock), a woman who joins a pair of children in making her way through a dystopian setting along a river—all while blindfolded. In this post-apocalyptic world, to take the blindfolds off would be to risk insanity and even death.

Interestingly, what was initially so distancing about Malorie for the film’s star—her cold indifference to the children in front of her—became the part of the character that drew her in later on. Reluctant to be a mother, it’s Malorie’s self-centered approach to survival that offers a starting point for the character to transform.

“To have someone who’s that cut off then be forced to be the sole caretaker of human beings that she didn’t want to begin with, what does that bring out of you—and what is family?” 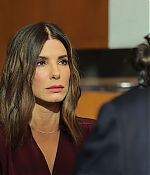 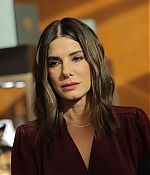 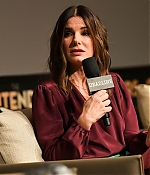 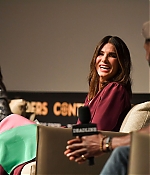 Sandra attended last night at the SAG-AFTRA Foundation a Q&A for her next movie Bird Box, alongside her co-star Trevante Rhodes. Check some images in our gallery. 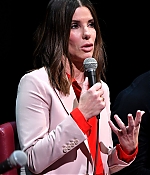 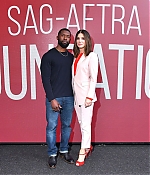 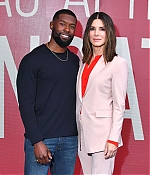 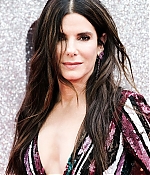 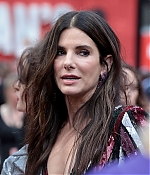 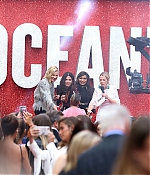 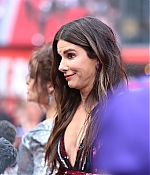